So far, I've been sharing photos that show bodies of water appearing as mirrors and appearing like sheets, depending on the conditions.

On twitter and in blog comments, I've heard about a range of ideas:
In this post, I show three photos taken from Ship Harbor in Acadia National Park. In the first photo, the water acts like a window, letting us see into the bottom. With the second photo, I take few steps, turn my head, and the water changes character dramatically. How would you explain the difference? What, if anything, does this have to do with the ideas above and the phenomena shown in post one, post two, and post three. 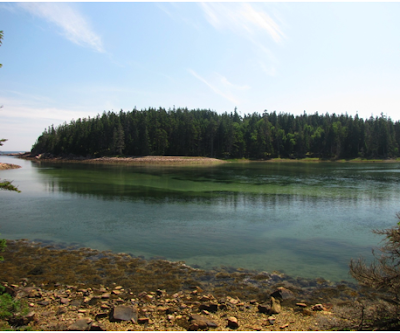 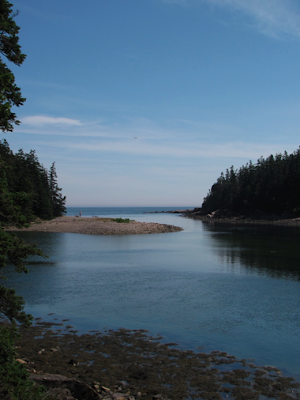 In this third photo, the water shows its many different faces in a single shot. 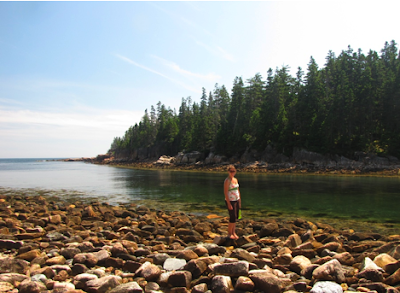 Email ThisBlogThis!Share to TwitterShare to FacebookShare to Pinterest
Labels: Pictures